11 November 2019. Fiona chatted to Ahron and Laura on Lunchtime Express on Ticker TV on the subject of Faux Meat.

10 April 2016. Fiona had a chance to chat with Damon Gameau from That Sugar Film at the Bring Back the Fat event in Sydney. We discussed what happened to Damon during his experiment in That Sugar Film, a calorie is not a calorie, school programs and sugar. Click here.

Webinar – How to Maintain Your Energy

March 2022. Fiona chatted to Stephen Cenatiempo at 2CC Talking Canberra about the importance of looking after your health when you are younger to improve your quality of life as you get older.

February 2022. Fiona chatted to Mike Crichton on 98.5 Sonshine FM radio today about Insulin Resistance – the real health issue of our time, click on the link below to listen:

August 2020. Fiona talking about sugar, sleep and general health to Genevieve at RadioECU 89.7.

June 2020. Fiona chatted on Pablo for Breakfast on Triple M about Regaining your health after lockdown.

28 February 2020, Fiona chatted to John Stanley and Ben Malouf on the Food and Wine show about Fasting on 2GB 873. It starts at approx 22 minutes.

2 October 2019, You can now enjoy eating meat without the Nutrition Police threatening you with death and disease! Fiona chatted to Steve Price about the latest news on meat on the Steve Price Show on 2GB 873.

10 October. The Impact that Junk Food can have on your Mental Health Fiona chatted to Stephen Cenatiempo on Triple M.

7 January 2018. Is Breakfast the Most Important part of the Day? Fiona chatted to Clinton Maynard and Murray Wilton on Talking Lifestyle Breakfast.

13 October 2017. One Meal Per Day and Intermittent Fasting, is it Safe? Fiona chatted to Polly Polanski on the Triple M Network.

12 May 2017. Which foods lift or drop your libido? Fiona dropped into the studio to chat about lifestyle and nutritional factors that effect your relationship – energy, libido and mood…… on Talking Relationships, Talking Lifestyle with Jonathan Coleman and Melissa Ferrari.

25 April 2017. Fiona chatted to Nick Bennett and Kayley Harris on the Daily Drive on Talking Lifestyle about a new study that suggests feeding your kids when they cry can lead to them becoming emotional eaters down the track.

29 March 2017. Fiona chatted to Rob Duckworth on Staying Well on Talking Lifestyle about How to monitor your sugar intake.

2 March 2017. Fiona chatted to Verity Hughes from Triple M’s Breakfast Show about recent media on DNA testing of Subway chicken sandwiches showing that they are only (approx) 50% chicken.

10 February 2017. Fiona chatted to Ed and Kim on Living Fresh, Talking Lifestyle about the Mediterranean Diet.

9 January 2017. Fiona chatted to Harvey Deegan on 6PR 882 Afternoons about Combating the Cake Culture (do we need to)?

13 December 2016. Fiona’s chatted about lifestyle and nutritional factors that effect your relationship – energy, libido and mood…… on Talking Relationships, Talking Lifestyle with David Prior and Melissa Ferrari.

12 November 2016. Fiona chatted to Rod Henshaw on the Weekend Magazine at 2CC Talking Canberra radio about summer is the easiest time for healthy eating.

1 October 2016. Fiona chatted to Darren de Mello on 6PR 882 Weekend Wake-up about the term Everything in Moderation and what is really means as well as health effects of stress, inflammation and sleep issues.

19 September 2016. Women With Altitude – Women on Top Radio Show. Radio Blue Mountains 89.1. Fiona chatted about her health story, sugar and sugar addiction, That Sugar Film and what it means to be an ambassador and more. Listen here:

13 July 2016. Jenny Seaton, Curtin FM Afternoon Show. Fiona chatted to Jenny about why we need to slow down, sit down and eat in a relaxed state with friends and family instead of eating on the run. Listen here:

“Reducing fat in your diet has been the favourite mantra of health experts for decades. But now a respected doctor says animal fats are not the most important factor in heart disease. In an article in the British Medical Journal, cardiologist Dr Aseem Malhotra says lacking saturated fat in your diet may even make you fatter.” 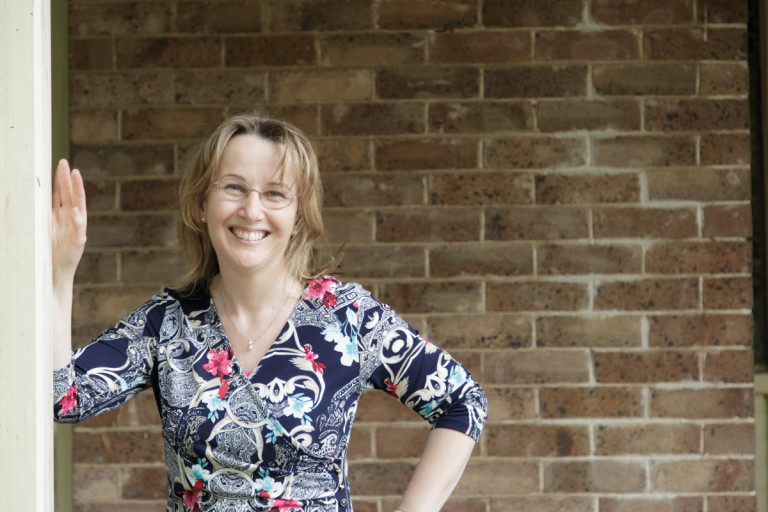