Do you need to reduce your salt intake?

Australian men are eating about 10g of salt per day, women about 7g. The World Health Organisation recommends a maximum salt intake of 5g; higher levels may put you at risk of heart disease and stroke, according to a paper published in January 2018 in the Medical Journal of Australia.

Diets which are very low in salt, or very high, both appear to be harmful according to a large international study published in the Lancet Medical Journal in August 2018 which followed the diets of 95,767 participants in 18 countries, argues that regularly eating between 7.5g and 12.5g of salt (2g to 5g of sodium a day makes little difference. The authors claim that very low levels, below 5g, of salt appeared to put people in the study at greater risk of cardiovascular disease.

“Our study adds to growing evidence to suggest that, at moderate intake, sodium may have a beneficial role in cardiovascular health, but a potentially more harmful role when intake is very high or very low,” said Professor Andrew Mente, a population health expert from McMaster University, Canada. “Our bodies need essential nutrients like sodium, but the question is how much,” he said.

Salt (contains sodium) which is an important mineral that we need to maintain health, it is not the enemy, but you can certainly overdo it. It is really “dose dependent” the same as water, you can die from being under or over hydrated! Not everyone needs a reduced salt diet; in fact many people are now suffering from sodium deficiency. 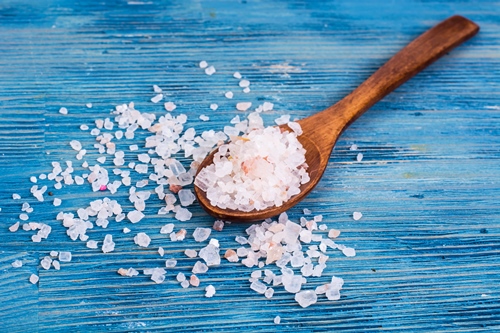 Sodium, along with other essential trace nutrients helps maintain the fluid/blood balance of the body; it is also needed for muscle and nerve function. It also provides chloride which is used to make stomach acid so those who have a very low salt/sodium diet often have symptoms of low stomach acid including reflux and indigestion. The stomach requires acid to digest and break down protein. If you don’t have enough acid, you can’t break down the protein and you get digestive symptoms.

Like most things in nature sodium is best if it comes in its most natural form such as sea salt or Himalayan/Murray River rock salts which are rich in trace minerals in the right balance. When these salts are refined; the balance of minerals is removed and you are left with sodium chloride, which is used alone as table salt or added to packaged foods, it is not balanced in a way that your body responds well to.

Salt is not alone in its ability to negatively affect your blood pressure, other foods that can increase your blood pressure are alcohol, sugar and very high carbohydrate foods, which is what most packaged foods contain. So the sodium in packaged foods is not the only ingredient that may cause health problems. You need to look at the whole food, not just one ingredient.

If you buy the reduced sodium packaged foods and your blood pressure is still high, you need to consider avoiding that packaged food altogether. Remember to look at all food that comes in packages, even if you think it is healthy. Don’t be fooled; a single slice of bread can contain the same amount of salt as a packet of chips. Always look at the ingredients list and the nutrition panel.

Remember, salt is not bad for you, in the right amount and right form. Adding a pinch of salt in its natural form, like rock salt/sea salt, to your recipe or meal is not an issue, the issue with over consumption of salt stems from the salt in packaged foods. You can reduce your salt intake by buying the packaged foods with lowered sodium content (sodium content no higher than 120 mg/100g). Or better yet, focus on having less packaged foods and just eating real food. Use herbs, spices, olive oil etc to flavour your food and a pinch of salt as required.