Do you often feel bloated or uncomfortable after you eat? Or maybe even get a funny tummy?

Did you know that the above symptoms and many more can be caused by eating gluten?

Our qualified nutritionists have helped hundreds of people to get rid of these symptoms and get their life back. We can help you to:

Besides affecting your quality of life, untreated gluten issues commonly lead to nutrient deficiencies, and issues related to nutrient deficiencies including osteoporosis, gum and teeth issues, skin problems, depression, anxiety, fatigue other food sensitivities and possible auto immune diseases just for starters! You can’t afford to ignore your symptoms, contact us today to get professional help and guidance! 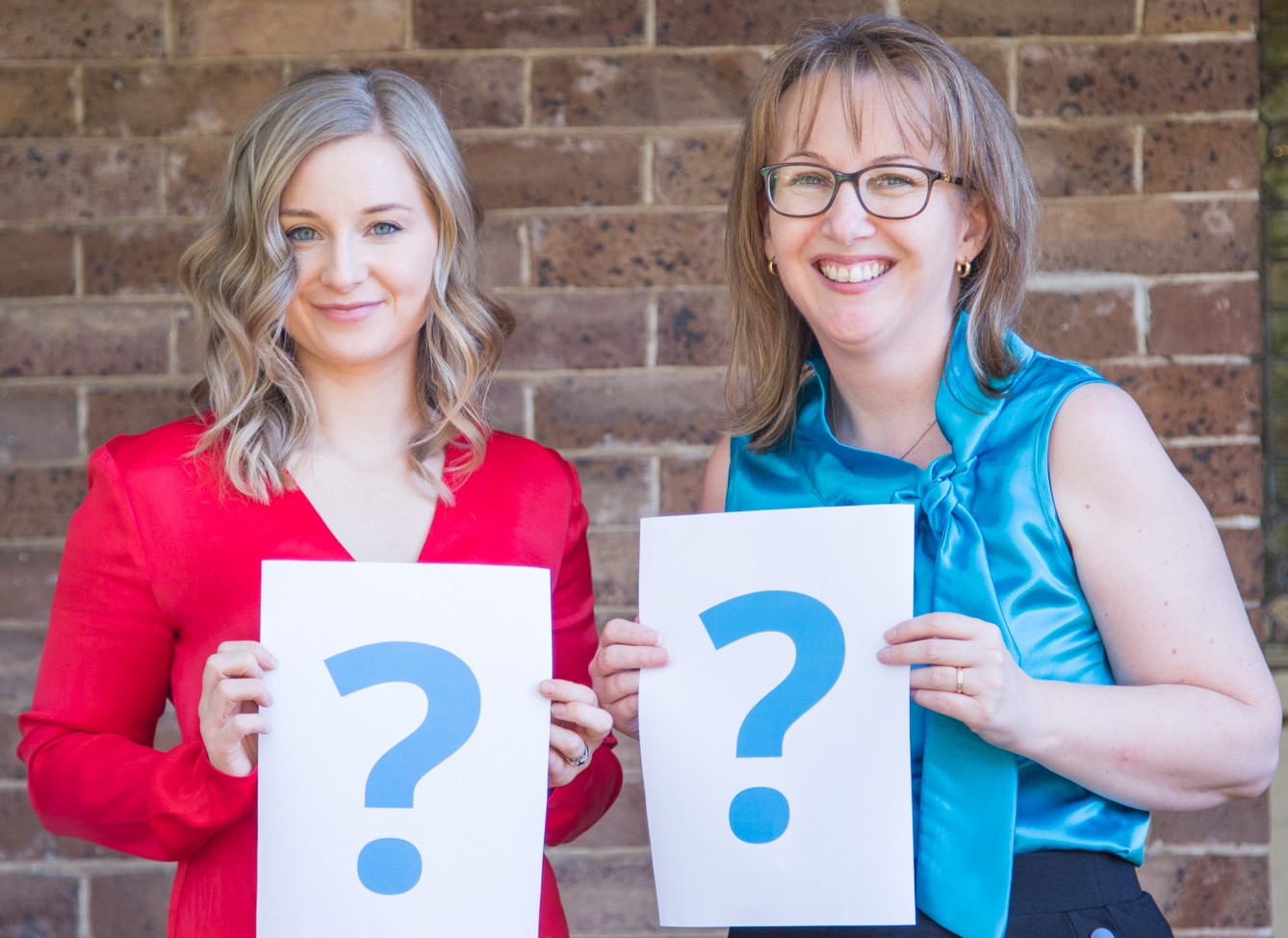 Gluten is a rubbery and elastic protein found in all forms of wheat (including durum, semolina and spelt), barley, rye, triticale and oats.

What is Coeliac Disease?

Coeliac Disease (also known as celiac disease) is an auto immune disease of the small intestine that occurs in genetically predisposed people, it is a permanent immune reaction to dietary gluten. It causes the lining of the small intestine to become inflamed and damaged. Villi, the tiny, finger-like projections that line the inside of the intestine normally break down and absorb nutrients in food.

In untreated Coeliac Disease, the villi become shortened and blunt giving a characteristic flat appearance. This reduces absorption of all nutrients, minerals, vitamins and sometimes proteins, carbohydrates and fats are seriously depleted leading to many serious health problems.

What is Non Coeliac Gluten Sensitivity?

Non Coeliac Gluten sensitivity (or intolerance) is a seemingly less severe immune reaction to gluten. It is possible to have gluten sensitivity with no digestive systems and no damage to the intestine. Even though it often seems less severe, it can still lead to very serious health issue and cannot be taken lightly.

“Gluten is a silent germ; it can inflict lasting damage without you knowing it” Dr David Perlmutter, Neurologist.

Yes it can, in recent years we are seeing many new definitions for what it means to be gluten sensitive, rather than rely on digestive systems alone we are seeing gluten in a new light. Dr David Perlmutter, Neurologist says that “gluten sensitivity always affects the brain”. This is why so many people get symptoms of mood change, depression, anxiety, irritability, forgetfulness, fogginess, big drops in energy and drowsiness after when they eat gluten. It literally reduces oxygen flow to the brain and depletes the neurotransmitters that help you feel happy, relaxed and motivated.

Dr Rodney Ford, MD (Paediatrician, Gastroenterologist, Allergist) says that “the fundamental problem with gluten is its interference with the body’s neural networks. Gluten is linked to neurological harm in patients both with and without evidence of coeliac disease. Evidence points to the nervous system as the prime site of gluten damage. The implication of gluten causing neurological network damage is immense”.

What is the link between Coeliac Disease/Non Coeliac Gluten Sensitivity and Lactose Intolerance?

Lactose is the sugar contained in milk. Lactase (the enzyme that breaks down milk sugars – lactose) is secreted through the intestinal villi; therefore those with intestinal damage may not be able to absorb dairy products until they have healed their digestive system and repaired the villus.

For some people their problem with dairy is not Lactose Intolerance but it is an actual sensitivity to one or both of the proteins in dairy, (whey and casein). These people need to avoid all dairy even when the villus in their digestive system is healed.

What is the link between Type 1 Diabetes and Coeliac Disease?

Studies have linked Type 1 Diabetes and later Coeliac Disease diagnosis. In one study “coeliac disease was diagnosed in 218 of 546 (40%) subjects within 1 year, in 55% within 2 years, and in 79% within 5 years of diabetes duration”.

The symptoms of coeliac disease in people with type 1 diabetes can vary. They often go completely unnoticed until a gluten-free diet is started.

It is treated with a lifelong gluten free diet. By removing the cause of the disease, all abnormalities, including that of the bowel lining are able to recover completely. Most people continue to live a normal, healthy life as long as they remain gluten free. Even a small amount of gluten can cause symptoms to reoccur.

There are many obvious foods, which contain gluten, but there are also many hidden sources. It is essential to learn how to read all ingredients.

It is important to remember that going gluten free must be a 100% commitment, having gluten just once a month can cause leaky gut that lasts for three weeks increasing inflammation in the body and putting you at risk of developing other more food sensitivities and allowing gluten to do more damage to your system.

Some people with Non Coeliac Gluten Sensitivity can eventually start eating gluten again, in time, but many cannot. If you have Coeliac Disease, you can NEVER reintroduce gluten into your diet.

What are the long-term risks of untreated Coeliac Disease?

The body’s inability to properly absorb nutrients from food (vitamins and minerals etc) may result in persistent poor health, osteoporosis due to reduced absorption of calcium, infertility, miscarriages, depression, dental enamel defects and an increased risk of gastrointestinal and oesophageal cancer.

Now we are seeing a new definition Coeliac Disease and Non Coeliac Gluten Sensitivity emerge. Symptoms of both can vary from mild to severe and can include or completely exclude digestive symptoms. It has been our experience in clinical practice that a strong driver of auto-immune diseases can be gluten, leaky gut syndrome and other food sensitivities.

What are the typical symptoms of Coeliac Disease or Non Coeliac Gluten Sensitivity?

Some of the symptoms, which may occur by themselves or in combination, are:

Some children show symptoms quickly and others develop problems slowly over years. They have the some of the same symptoms as above as well as delayed growth or delayed puberty poor weight gain and behavioural problems.

Accurate diagnosis of Coeliac disease can only be made by showing that the bowel lining is definitely damaged. If Coeliac Disease is suspected, a gluten free diet should not be started until after diagnostic tests, as it will interfere with test results. A blood test that measures the level of antibodies to gluten is used. A positive blood test is usually followed by a biopsy. Talk to your doctor about testing options.

Non Coeliac Gluten Sensitivity can be assessed by doing an IgG blood test. For more information about this test ask your GP or ask us during your consultation with our Nutritionists.

Can I skip the diagnosis and just stop eating Gluten?

Yes you can. Diagnosis is not essential but we would highly recommend that you get tested to rule in or out Coeliac Disease. It will help you to understand your specific health issues and risks and it is also good for the government to have accurate data on the prevalence of Coeliac Disease.

Removing Gluten from the diet

When converting to a gluten free diet, symptoms that may occur include food craving, disorientation, irritability, sleepiness, depression, mental fogginess, shortness of breath. These are common symptoms of withdrawal or detoxification from gluten derived opioids and brain neurochemical imbalances. Note: It is important not to replace gluten with a whole bunch of packaged foods; gluten free on the packet does not make it healthy!

At Informed Health Nutritional Wellbeing, we specialise in helping people heal their digestive system and change their diet to a healthy and yummy gluten free diet, you will feel so much better you will wonder why you didn’t do it earlier!

Dr William Davis, Cardiologist. Wheat Belly, lose the wheat, lose the weight, and find your path back to health: http://www.wheatbellyblog.com/

Coeliac Australia have some good resources: http://www.coeliac.org.au, they also have a very useful smart phone app for approx $9.99. It is called The Coeliac Society of Australia Ingredient List. Check your app store or go tohttps://itunes.apple.com/au/app/coeliac-society-australia/id385684649?mt=8